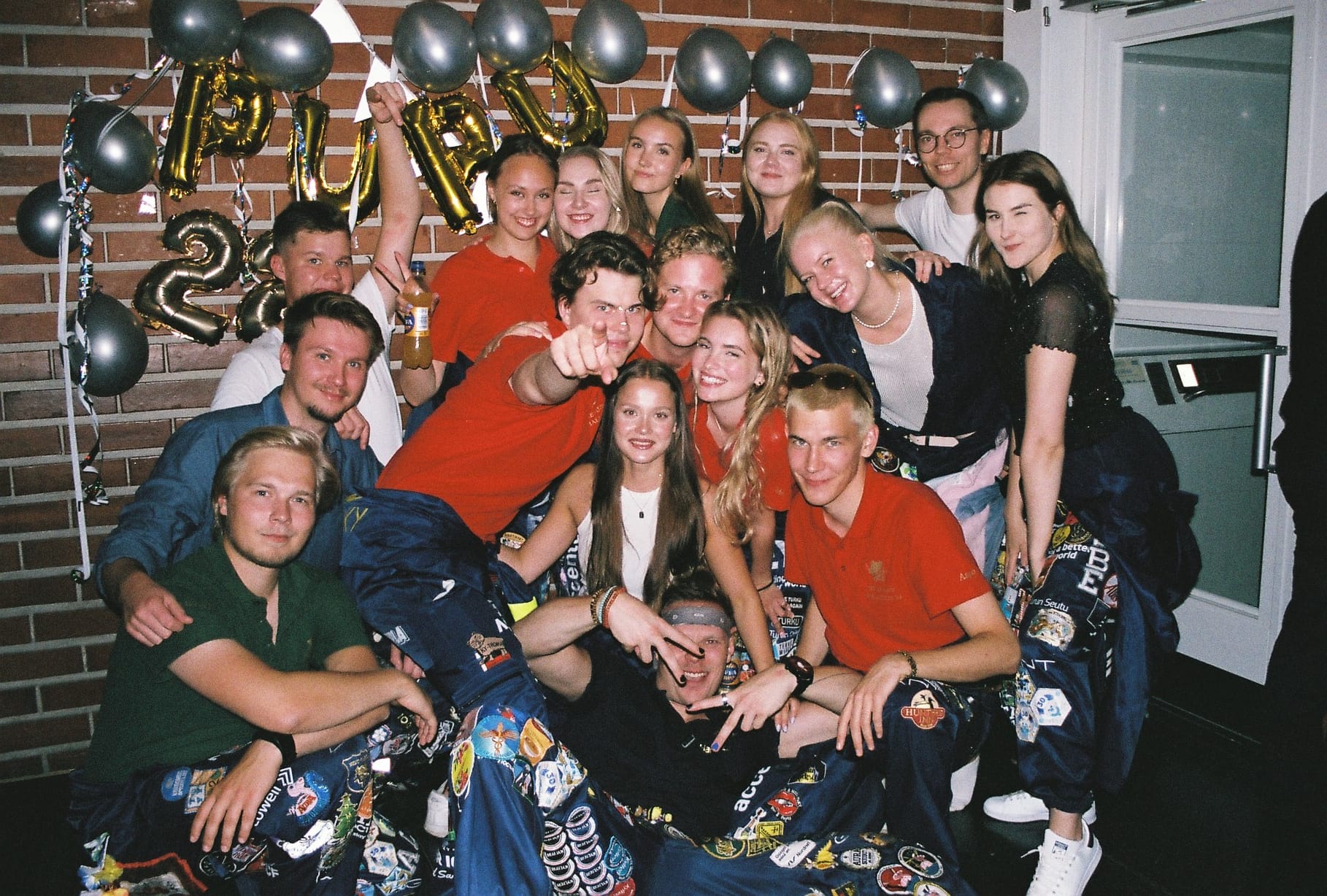 This autumn has flown pass fast and the end of the year is getting closer. The end is getting near also to the board of 2022.  To look back the autumn has been it has been quite busy to NESU-TuKY. The autumn was kicked off with traditional practice sitz where our bunnies got their first taste of the sitz culture. Also two co-organized sitz was held in this autumn, one was held with Turku’s Law faculty LEX and Turku’s Medical faculty TLKS and the other with  Merkantila Klubben. We still have one the year ending event to go which will be the last one to the board of 2022.

Last week the new 7 members of the board 2023 was selected to continue at NESU-TuKY. A lot of exciting feelings from the new and old when part of older years NESU-TuKY got together. This great time to hear about the memories and thoughts from the past board members. For that reason, I asked Satu, the communicator of NESU-TuKY’ 19, questions and thoughts about NESU.

The first question to Satu was “what is your first and favorite sitz?”. She told that her first sitz wasn’t actually in Turku but in Tampere the valentine sitz. However, the her favorite sitz was either Money Heist themed TuKY’s board sitz where she was a toust or practice sitz from 2021 where the atmosphere was incredible.

Lastly, Satu pointed out that NESU-TuKY and overall NESU has change attitudes towards alcohol which have also made the community even more accepting. Also, the environment aspect is now took more into consideration. For example, all the food served at NESU-TuKY’s sitz is vegetarian.

To counterbalance, I asked these same questions from Ida, art director NESU-TuKY ’22, and Alex from the next board of 2023. Ida named her first and also favorite sitz to be her first year’s practice sitz where she didn’t know at first what to expect but was pleasantly surprised. These sitz also made her apply to NESU-TuKY. As Ida also Alex’ favorite sitz have been his first year’s practice sitz where he got interested about sitz and NESU.

According to Ida, the best things about being part of NESU-TuKY is the members of the board who have got to know each other well. Planing and organizing events have been educational but enjoyable with a great team and this year have been a good opportunity to learn to new skills. Alex noticed right at first the communal atmosphere and is excited to next year organize sitz and visit the cities around Finland also.

At last I want to thank you of behalf of the whole NESU-TuKY ’22. This year has been incredible experience and possibility to get to know people from other NESU-cities. We hope to see you in Turku next year as well.